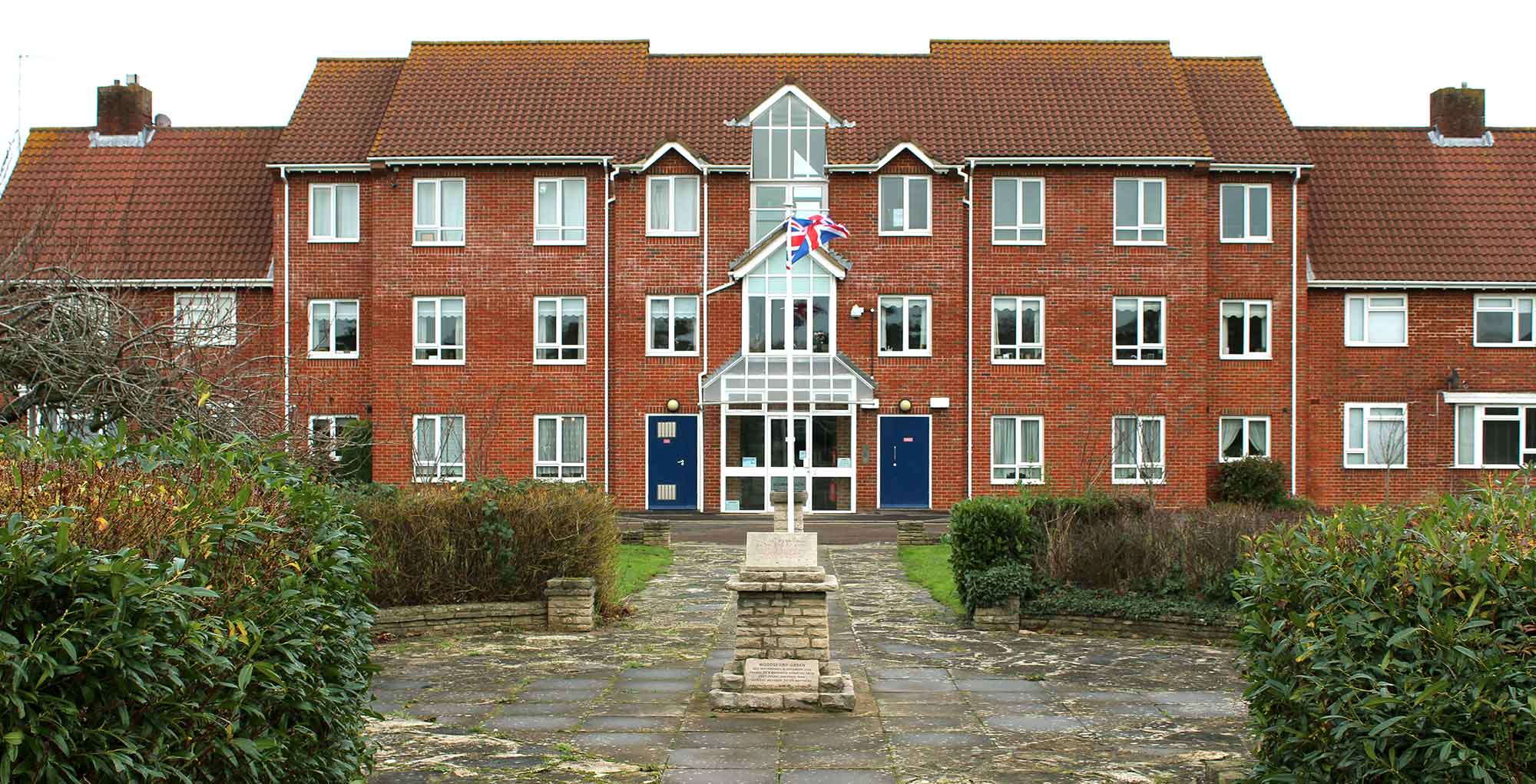 Bournemouth War Memorial Homes is a registered charity overseen by a board of trustees.

(Patron is an honorary title awarded to those who have retired as a trustee having provided long and notable valuable service to the Homes.)

The estate is managed by a full time Estate Manager who is responsible for the day-to-day running and management of the Homes.

We offer a variety of homes from 1 bedroomed flats to 3 bedroomed family homes at a discounted rent.

Our governing document defines who is able to benefit from the Charity:

Beneficiaries means former members of the Merchant Navy, former service personnel of the armed forces of the Crown, and their dependents with a preference given to those who reside or have resided in the Borough of Bournemouth.

Armed forces of the Crown means all regular, reserve and auxiliary units of the Royal Navy, Royal Air Force and British Army.

In Need.  Beneficiaries are required to demonstrate need, but this is broadly defined as, “in need by reason of ill health, disability, financial hardship or other disadvantage through the provision of accommodation.”

On a case-by-case basis, the Trustees have the flexibility to provide other help to residents beyond the provision of accommodation.

The Homes are funded entirely by donations and the rental income from our properties.  As the rent is discounted we are reliant upon donations from outside organisations and in recent times have received grants from that Army Benevolent Fund, RAF Benevolent Fund, Queen Mary Roehamptons Trust, Royal Fusiliers, The Joseph & Lena Randall Charitable Trust and The Talbot Village Trust.  Without these donations we would not be able to maintain our properties and communal areas to the standard we pride ourselves on.  All our trustees carry out this work entirely voluntarily to ensure that the Homes are run and maintained to a very high standard.

Our site is currently under construction and we hope to launch our new look website soon!  Please do not hesitate to contact us on the number below for further help or information.